Get Washing Machine Cover From The Following Providers: 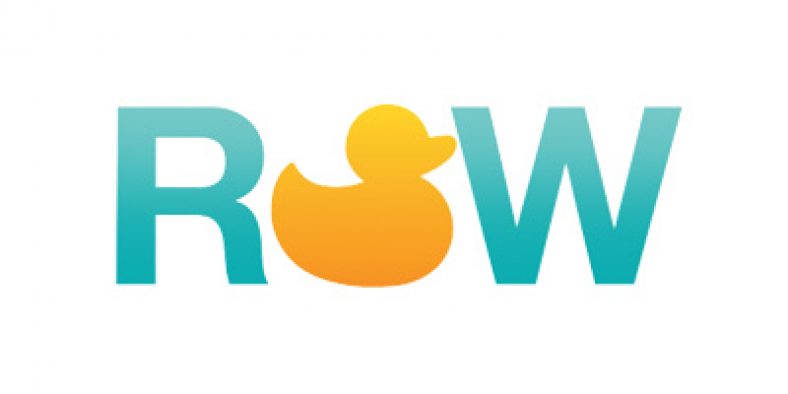 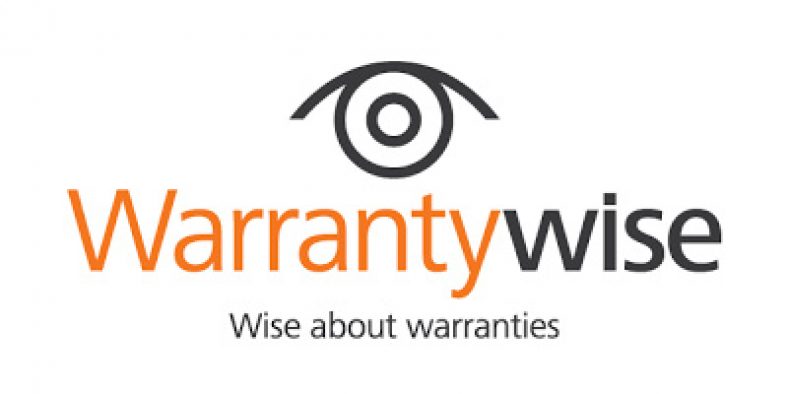 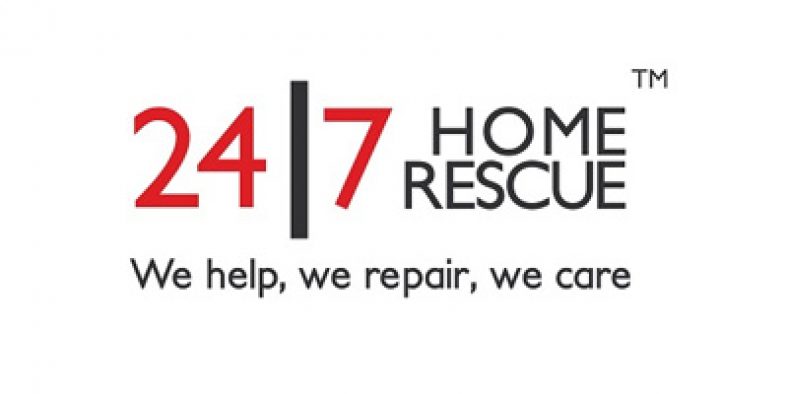 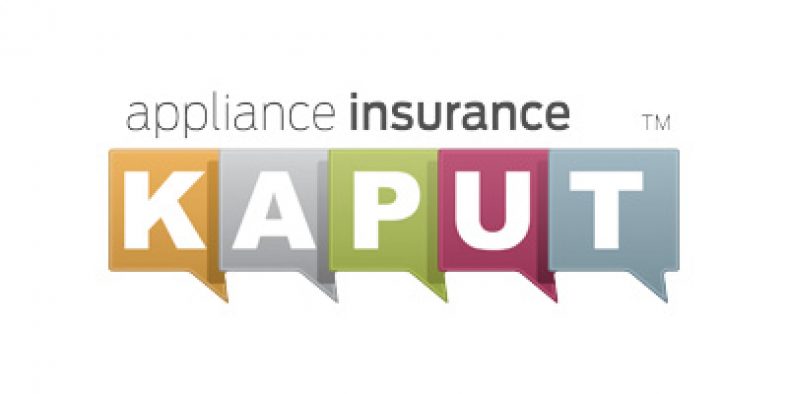 Kaput Appliance Insurance
Monthly Cost
from £3.37
3.37
Maximum Appliance Value
Unlimited
9999
Claim Limit
£500 per claim
500
Excess from £25 per claim. All parts, labour and call out fees included. Pay in instalments, or annually for a discount. Covers new or second-hand appliances.

Full Protection for your Washing Machine

Washing machines are essential appliances in any household and take a lot of hassle out of one of your main domestic tasks. In particularly busy homes, they can be used several times a week. If they stop working, the dirty towel and bed-linen pile soon starts building up, and you may have to start carting massive bags of dirty washing to the local laundrette.

What are the Benefits of Washer Insurance?

Urgent repair or replacement costs are not in most people’s immediate budget if something goes wrong with your appliance. However, internal devices such as washing machines are an essential cog in the working mechanism of every modern household.

Insurance takes the worry out of unexpected costs should something go wrong with your kitchen goods. It also helps you get things up and running again as soon as possible, with insurance companies putting you in contact with qualified engineers who can quickly come to your home and diagnose the problem.

Depending on your specific policy, you will be covered for any problems up to a limited cost. So, if your appliance needs a new part, engineers can replace this or even change the entire item if it is irreparable. Most policies also cover callout charges and labour costs, which are often overlooked extra costs rarely considered when fitting or repairing an electrical device.

Manufacturer’s guarantees commonly last for a year, but it is expected that any mechanical or electrical failures occur outside of this time frame. You would also hope to be able to keep such an essential appliance for a lot longer than this. Even if you have to pay excess charges or a certain percentage of the costs towards a new part or machine, it will likely be a lot less than the full cost.

All policies are different and will, therefore, cover different things. As standard, most will deal with costs up to a specific amount in regards to labour charges and replacement parts. Most will also offer to replace your appliance with a like-for-like model if an engineer decides that it is beyond repair.

Insurance companies work with approved, dedicated engineers who know all of the ins and outs of your particular appliance. They know what to look out for and how to correctly diagnose any problems, giving you peace of mind that your apparatus is in good hands. There is a broad scope of things that can go wrong with washing machines, and most issues are internal, so diagnosing the exact problem is a job for a professional.

Because of the way that washing machines are built, even the smallest of faults can render them unusable. They also deal with large amounts of water, which could create an even greater issue if something goes wrong. Common glitches include the drum failing to turn and spin (which could be a problem with either the motor or belt) or your machine neglecting to either fill with water or thoroughly drain. All of these issues can leave you with either unwashed clothes or clothes sitting in water for ages until you can remove it.

Most modern machines also have pumps and fluff filters which can become blocked; if you’ve lost a sock in a wash load recently, this probably is where it has travelled. Your washing machine may also start rattling loudly, become noisy or bounce about, which signals a problem with internal shock absorbers or balance sensors. There may even be debris caught under the drum, such as a stray coin or button. As washing machines also go through several programmes during an individual cycle, they can get stuck on a specific setting thanks to faulty heaters, carbon brushes or thermostats, which therefore don’t communicate to get the cycle to advance. Or, the door lock mechanism may stop working, which won’t allow you to either open or close the door efficiently.

Are There Any Incidents Not Covered?

Your policy provider will not cover you for any issues which you caused yourself. This includes using the appliance for something outside of its original use, not following the manufacturer’s instructions carefully or using the wrong cleaning products with the machine.

They will likely not cover you for problems caused by avoiding regular maintenance, such as if your machine starts to smell. This is a common problem due to people frequently using eco-friendly low-temperature washes and liquid detergents. Bacteria builds up within your machine, and without hot water washes, it cannot be removed. Excess liquid soap can also build up inside the drum as it is easy to overuse, which can only be removed with regular hot maintenance washes. Follow care instructions carefully and arrange for annual services for all your appliances.

You cannot usually claim for any costs which arose due to being unable to use the machine, such as laundrette charges or any damaged clothing. Most insurance companies also don’t include any extra costs which arise outside of the product being fixed, such as delivery and installation charges if you require a brand-new product or disposal of an old product.

Any pre-existing faults which are present when the policy is taken out cannot be taken into consideration. There may also be limits on the age of appliances which can be covered, or how many callouts/claims you can make during the duration of the policy.

Replacing fuses and lights on a washing machine will also not be covered.

Washing machine insurance will ensure any problems are dealt with quickly and efficiently. You likely cannot go for long without this appliance, and insurers will put you into contact with engineers who can fix any problems ASAP and cover most of the cost. This prevents you having to think twice about whether you can afford call-out charges and a possible new appliance before you even contact anybody about your problem.

You will require appliance insurance if:

How Much Does Cover Cost?

As with all insurance, there is a wide choice available to suit all budgets and needs. Take into consideration how much you are willing to spend and what cover you want. We compare a wide range of insurance policies to cater for every need.

If you would like to spend as little as possible, there are policies available which cost just a few pounds per month. If you are after something with an unlimited claims limit which will cover callout costs, these are also available, usually at a slightly higher price.

Most insurance companies offer several different levels of cover too, such as Standard, Bronze, Silver and Gold. Standard policies provide the most basic coverage, and the top level usually has a substantially higher claim limit and will cover more expensive items.

Take into consideration the difference in price between policies compared to the amount of care you would receive as well. A price increase of only a few pounds for you per month may result in a plan which would cover you for a lot more costs should something go wrong, or there may be a lower excess charge.

Insurance companies usually offer several different methods of payment too, such as pay-monthly or annual/quarterly. If you are in a position to do so, paying upfront in a yearly payment option can sometimes be cheaper depending on the provider, so it is worth enquiring.

Why Doesn’t My Home Insurance Cover My Washing Machine?

You may be able to claim for costs which have arisen due to the breakdown of your washing machine until you have a suitable replacement, such as launderette costs, damaged products or even flooding caused by a leaking washing machine, but not for the actual breakdown itself.

Home insurance, including contents insurance, will cover appliances for theft, loss or damage. Regarding white goods such as washing machines and tumble dryers, damage includes fire or flood destruction, but not mechanical or electrical breakdown.

Is a Single- or Multi-Appliance Policy Best for my Appliance?

You likely want to insure several appliances in your household, and many multi-appliance policies allow you to cover several electricals under one plan. They are also often a lot cheaper than having several separate insurance policies as most providers offer discounts for protecting several items. It is also easier to manage should you have to claim as all the details are under one single policy.

There are many multi-appliance insurance options available. If you wish to cover just your kitchen electricals, there are policies which specifically cater for white goods. Many, however, will allow you to add products from all around your house too, such as televisions and stereo systems.

If your washing machine is particularly expensive and complicated, a single-appliance policy may be the best option. This cover will likely be a lot more tailored to suit your particular appliance, especially if it is directly from the manufacturer. It is also the best option if you only have one or two products within your household which you’d like to insure and may work out cheaper than including them all on a multi-appliance policy as the claims limit is often higher.

Insuremyappliance.co.uk is a trading name of Voyager Digital Ltd

Voyager Digital Ltd is an introducer appointed representative of Sure Wise Limited who are authorised and regulated by the Financial Conduct Authority (FCA). FCA Firm reference Number is 618327.